I have continued the short story, I still have little idea where it’s going but I will add to it from time to time and hopefully we might have a bit of storytelling going on. If you would like to add to it or give the next part some direction, please feel free. I just thought we could have some fun with it. So what happens next?

If you want to catch up on the entire story just go to The Charade on the website where the chapters are gathered together. 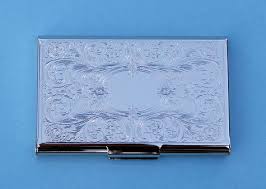 He walked towards the door, he wanted to get there before his housekeeper did, this was private business.

“Come in Carl.” He showed him into the drawing room.

“So she works for you then?” There were no niceties offered up.

“And that is your business, because?” Mr James retorted.

“It is my business, trust me I need to talk to her… eventually. First I need that necklace that she is always wearing, where is she?” Carl stood his ground.

“You’re lying, she was here a moment ago.”

“So where am I hiding her then?” He challenged. Robert James had no idea what this was all about but he wasn’t going to give his best girl up to the likes of Carl Ward. He had a reputation and Robert didn’t like him one bit. “So be straight with me Carl, what is she to you, why is she so important?”

Carl sat down heavily in an overstuffed armchair in front of the fire. “I don’t see that this is your business but you may be able to help me all the same. That jewel she wears, I need to have it back, it belonged to my mother but it disappeared a few months before she died. I don’t know how your girl got it or why but I am guessing she stole it, I want it back.”

“She’s not a thief and she’s worn that jewel for years, in fact I’ve never seen her without it, you must have it wrong Carl, why should I trust your story?”

“I’ve done some bad things in my life Robert but I need that jewel back it’s all there is of my mother now.” He stood up the defiance returning. “I will have it however I have to go about getting it. Give her this message.” He handed Robert a letter. “She will be pleased to hear from me, I think we got on rather well last night. Tell her nothing about the jewel.” Robert took the letter, he knew Carl as a chancer with a band of untrustworthy friends and knew better than to cross him, he would do as he was asked.