Diana had reached her seventy-third birthday, for many people this would have been a cause for celebration but Diana just wanted to stay at home and let the day pass uncelebrated. Les on the other hand, was not about to allow that to happen. Les lived in the flat three doors down from Diana and had always kept an eye on her, he thought she was a very special lady, Diana knew nothing of his thoughts.

Living in a big city most people kept themselves to themselves but today the fair was coming to town and Les wanted to make sure Diana marked her birthday, today he wouldn’t take no for an answer. His heart beat a little stronger just thinking about spending an afternoon with her and having their own adventure at the fair on the school grounds. A school they had both gone to when they were children, he had loved her then too.

He put on his best suit and went to see Diana bearing a birthday card and a bunch of red roses. Diana opened the door and smiled. “Les, come in. How dashing you look.”

“Happy Birthday Diana.” He smiled and offered his gift to her. “I would like to escort you to the fair.”

She really did smile at that offer. “Les, we’re in our seventies, what on earth would we be going to a fair for?”

“I was too scared to ask when we were young and I’ve always regretted not having the courage, at our age we should have some fun and even if you just say yes to save my blushes, I’d be the happiest man on earth.” Les had an unmistakable rosy glow to his cheeks and he looked down at his feet.

“Well you’d better come in so I can put those beautiful flowers in some water, then I’ll get my coat. She leaned forward and gently kissed his cheek. 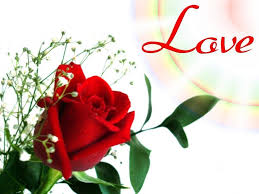 If you are enjoying my short stories why not try my novels, the Alex Price series. 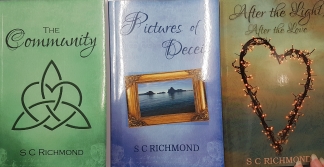 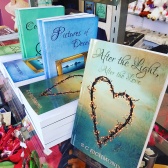