We all have a pile of books that one day we’ll get around to reading. Well, I hope we all have and it’s not just me. This will be a regular update on books I think are worth reading.

I’m going to add a few here that I’ve got waiting patiently to be read, I’m hoping if you have read any of them that you will let me know whether they should move up or down the pile, I’ll be adding a few books that look interesting too and will be added to the pile in the future. 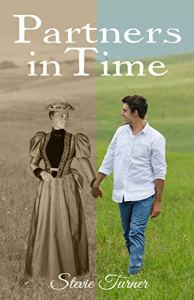 John Finbow, a successful writer, and his wife Kay move into Southcombe Rectory, a large Victorian house that has been empty since the 1960s. It had previously been owned by the Cuthbertson family who had lived there for generations. Their marriage is under strain, as John, 39 would like children before he gets too old, but Kay, 34, does not.
When John is working in his study soon after moving in, he is disturbed by the sight of a young woman who appears out of the blue on his sofa. Emily Cuthbertson, whose old bedroom is now John’s study, was 25 at the time of her death and the youngest of 8 offspring of the late Reverend Arthur Cuthbertson and his wife Delia. Emily had died in 1868 but is now unwilling to leave behind her old life on earth, due to having missed out on a family of her own whilst being a companion to her widowed mother. Emily is still desperate for a husband and children, and John is the answer to her dreams.
One hundred and thirty years separate them. Will Emily and John’s love survive time’s relentless march? 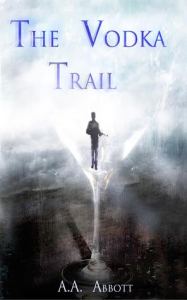 The Vodka Trail by A.A. Abbott. I couldn’t resist this title, then I looked up the reviews for it and I don’t think I’ll be disappointed. Orphaned and destitute as a teenager, Kat has made a new life for herself in London. Now she’s determined to reclaim her father’s vodka business in the former Soviet Union.
Birmingham businessman Marty wants to stop her. That alone isn’t why Kat hates him – she blames him for her parents’ deaths. But when she’s taken hostage by freedom fighters, only Marty can help her survive.